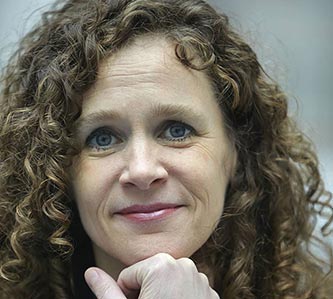 SOPHIE in ‘t Veld has been a Member of the European Parliament since 2004, representing D66, the Dutch social-liberal party. This summer she became a patron of the Pink Triangle Trust, the UK based charity which has been promoting Humanism and LGBTI rights for 23 years.

Currently, she is the Vice-Chair of the Alliance of Liberals and Democrats for Europe (ALDE) and a member of the Civil Liberties, Justice & Home Affairs Committee, of which she is the ALDE spokesperson. She is also a substitute member of the Economic and Monetary Affairs and Women’s Rights and Gender Equality Committee.

In 2011 In ‘t Veld was named winner of the prestigious Irwin Prize of Secularist of the Year at a ceremony in London hosted by the National Secular Society for her work as chair of the European Parliamentary Platform for Secularism in Politics (EPPSP).

She is an ardent advocate of the separation of religion from politics and campaigns on a number of issues where this is relevant.

She has supported campaigns aimed at improving the rights of women and gay people, and in 2011 protested to the President of the European Parliament, Jercy Buzek, about his invitation for the Pope to address a plenary session of the parliament.

She argued that the parliament chamber was not the place for religious messages to be delivered, writing: “The plenary session in this assembly discusses and decides policies for all 500 million European citizens, regardless of their belief, faith or religion. It is wholly inappropriate for plenary meetings to be used as a podium for religious messages.

“The European Parliament Platform for Secularism in Politics has repeatedly invited you, as President of this House, for an exchange of views on the implementation of Treaty article 17, regarding the relation between the EU institutions and churches and non-confessional organisations. So far you have not found the opportunity to attend one of our meetings, and you recently cancelled a date that had been set well in advance.

“In view of your invitation to the Pope, we feel it is even more urgent to have a debate on the place of churches and religious organisations within the EU institutions.

“The European Union has to defend the rights of every citizen, regardless of their religion or belief. Freedom of religion is an individual right, it is not a collective privilege. Freedom of religion can only be safeguarded if the EU institutions do not favour certain groups over others. All beliefs and convictions must be heard, including secularist voices.”At present Sophie is campaigning to have the rights of all couples – including those in civil partnerships – recognised across borders of the EU.”

Terry Sanderson, President of the National Secular Society, said: “We are proud and pleased to honour Sophie in ‘t Veld in this way. It is good to have such an energetic and determined voice for secularism and justice for all in the European Parliament. The issue of religion and its place in a multi-cultural and multi-faith Europe is becoming urgent, and so Sophie’s work will become increasingly important. The NSS intends to do all it can to support her.”

PTT Secretary George Broadhead said: “We are delighted to have the support of such a staunch secularist and defender of LGBTI rights. Another of our esteemed patrons, Lord Cashman, CBE, stood down as an MEP last year. He was President of European Parliament’s Intergroup on LGBTI issues and it is great that we now have the Vice-President of this group in his stead.” 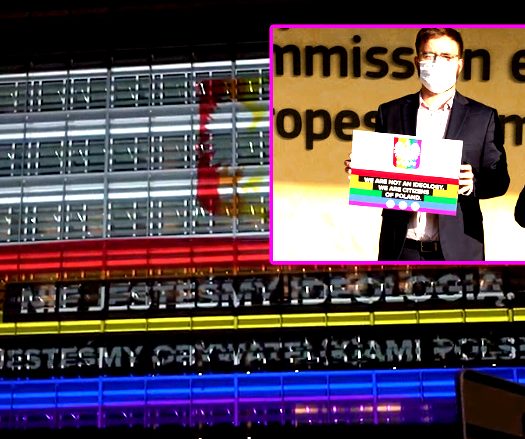 Read More
From the archive: From would-be nun to atheist
Submit a Comment