Muslim’s response to homophobic attack: ‘It’s great you are beaten’

Muslim’s response to homophobic attack: ‘It’s great you are beaten’

THOUSAND of people have left sympathetic comments on the Facebook page of Ryan Williams, 22, who posted a photo of the injuries he sustained as a result of a vicious homophobic attack in Preston, Lancashire.

But there was no sympathy from a young Muslim man, Mahamudul Hasan Mehedi, above, who commented:

Great work it’s great that you are beaten.

Williams was “repeatedly kicked in the face and left wounded” outside a branch of McDonalds. The assault is being investigated by police as a hate crime.

My friends and I were heading to McDonalds for something to eat after a night out. There was a group of people nearby in the street and they started calling me and my friends gay. We went over and told them it’s not okay to say things like that. As I walked away then one of them ran after me and he hit me in the back of the head.

I never thought in my life that I would get beaten up for being GAY! Wtf has this world actually come to, you’re all vile and disgusting! I want people to understand that being gay ISNT a choice and I can’t help it, I’m sorry that you can’t deal with it but hey ho no need to knock someone out because of it! I seriously can not believe that a homophonic (sic) attack happens! Which it does and it’s wrong! Stand strong and love yourself, this isn’t gonna stop me from being fabulous! BEING GAY IS OK!”

The receptionist says he was thumped over the head, repeatedly kicked in the face and left wounded on the ground.

A spokesman for Lancashire Police said:

We were called around 6.30am on Saturday (July 13) following reports of an assault in Friargate, Preston. A man in his 20s had been punched by another man close to McDonalds. The offender then made off from the scene with two men and a woman. The victim was knocked unconscious suffering facial injuries. He later was taken to Royal Preston Hospital for treatment. The assault is being investigated as a hate crime and inquiries are on-going. Anyone with information can contact police on 101 quoting log 0311 of July 13.

The Orlando massacre is a hideous reminder to Americans that homophobia is an integral part of Islamic extremism … No fewer than 40 out of 57 Muslim-majority countries or territories have laws that criminalize homosexuality, prescribing punishments ranging from fines and short jail sentences to whippings and more than 10 years in prison or death.

This from a Channel 4 survey of attitudes of UK Muslims to homosexuality: 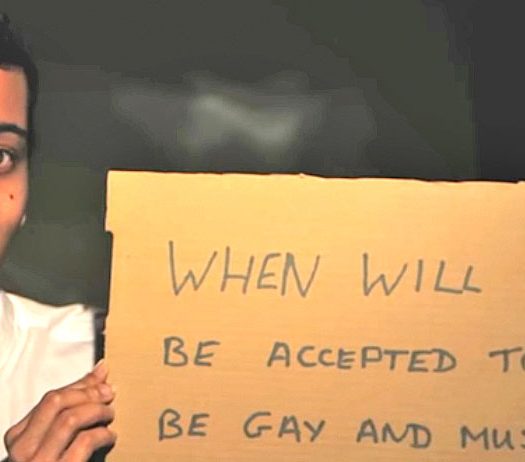