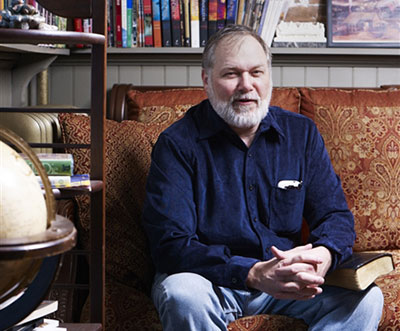 ON HIS blog this month, Scott Lively, 57, who runs the Abiding Truth Ministries in Springfield, Massachusetts, praised Russian President Vladimir Putin as “the defender of Christian civilization” for signing this summer a ban on information that portrays being gay as natural or attractive – and traced the idea to his own tour of Russia in 2006-7.

ON HIS blog this month, Scott Lively, 57, who runs the Abiding Truth Ministries in Springfield, Massachusetts, praised Russian President Vladimir Putin as “the defender of Christian civilization” for signing this summer a ban on information that portrays being gay as natural or attractive – and traced the idea to his own tour of Russia in 2006-7.

Lively suggested Russian officials foil gay activists planning to rainbow-bomb the Olympics by flying a rainbow banner over the games so “the global homosexual movement” would be reminded that:

The rainbow belongs to God!

Last month a federal judge allowed a first-of-its-kind lawsuit to proceed against Lively that alleges the pastor persecuted gays in Uganda and committed a potential “crime against humanity” — one that contributed to a bill that would have made homosexuality an act punishable by death.

But according to this report, the dangerous God-addicted hatemonger still refuses to shut the hell up.

In his first interview since the US district court judge refused to dismiss the case against him, Lively shrugged off the lawsuit, touted his rising global influence and seemed to dare civil rights advocates to launch another assault on him.

Come what may, I will continue to advocate for the Biblical view of family until my final breath … we’re talking about civilization — good and evil being played out in the United States and all around the world.

Lively, apparently, has reason to be a bit cocky. America may have “fallen to the gays,” he says, but much of the world still fears them and he is working to keep it that way.

In Moldova in 2011, according to Human Rights Watch, he helped several cities declare themselves “gay-free zones” and organized an “emergency” campaign to block a law prohibiting discrimination on the basis of sexual orientation. In Poland, Latvia, Lithuania, Estonia, Ukraine and Belarus he met with politicians and pastors, fostering talk of new curbs on gay rights. Every place he goes, Lively says, his goal is to block the open expression of homosexuality, keep discrimination legal and make pro-gay advocacy a crime.

To whip up support for such policies, Lively simply shares his beliefs about gay people: They’re dangerous predators, even killers. And they caught this gay “disorder” through “an evil game of tag,” a chain of abuse in which gays recruit kids into sodomy just as they were once recruited. In this way homosexuality spreads like “a social cancer,” he claims, until nothing remains of the Christian world.

At a Watchmen on the Walls conference in Novosibirsk, Russia in August of 2007, he told a crowd that everything wrong with America can be traced to “the homosexual movement.”He added:

Yes, I think I influenced the Russian law.

While some gay rights activists still think he’s just a laughingstock, Boris Dittrich, the director of LGBT advocacy for Human Rights Watch, tends to confirm Lively’s claims. Russia was plenty homophobic before Lively’s arrival but the American pastor appears to have given shape to that free-floating hatred, Dittrich said. As he passed through Russia’s regions, Lively met with politicians and bans on homosexual propaganda followed, spreading to more than a half-dozen areas before Putin swept them into a national standard.

During a stop in Riga in May 2007 Lively called gay rights:

Like so many Christian fundamentalists who incite hatred, Livey claims he only preaches compassion  – “love the sinner, hate the sin,” he likes to say – and although he gets blamed for it he insists he didn’t actually support Uganda’s proposed death penalty for “aggravated homosexuality.” He believes gays should be pushed from public life and their “recovery” supported in private. And yet where Lively’s message goes, violence seems to follow.

Pamela Spees, an attorney with the Center for Constitutional Rights, the group pursuing Lively for alleged “crimes against humanity” in Uganda, said she is prepared to file a second lawsuit related to his work in Russia and the surrounding countries, assuming there’s evidence that Lively was “an architect of the persecutory programme” there.

And that’s why the case against Lively is so important, gay-rights activists say. As the Olympics draw nearer and the boycotts and homophobic backlash continue, Putin will be the guy paraded down the world’s front pages and social media feeds. But Lively may be the secret agent to watch.

If he loses his lawsuit he could be prohibited from spreading his message abroad, a terrible precedent for other anti-gay crusaders. However if he wins, he emerges stronger than ever, the self-described “hero” of an expanding fight to restore “godliness to society,” as he puts it – or else:

Pull as many people as possible into the lifeboat before the ship goes down. 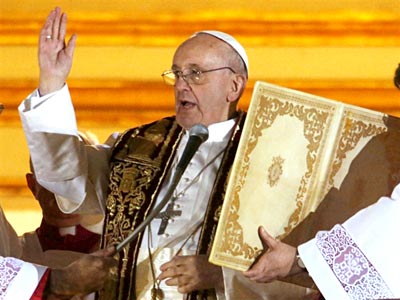