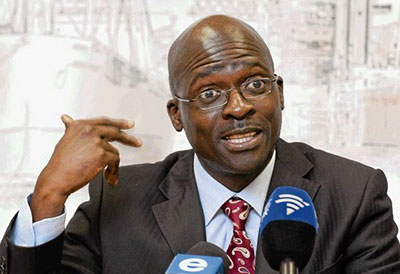 For years, Western evangelicals have been ecstatically welcomed into African countries, where they have been allowed to drum up hatred against LGBT communities. They have even succeeded on leaning heavily on governments to enact draconian legislation against homosexuality or to strengthen archaic colonial laws.

But what happened in September this year to Arizona preacher Steven Anderson, above, may be an indication that attitudes are hardening against Christians who promote homophobia.

When South Africans learned that Anderson, of the Faithful Word Baptist Church, was scheduled to embark on a “soul-winning” crusade in their country, pressure was immediately put on the authorities to bar him from entering the country, mainly because the Arizona-based preacher had caused worldwide outrage with remarks that followed the gay nightclub shooting in Orlando, Florida. He said immediately after the atrocity that “there’s 50 less paedophiles in this world”.

An online petition, calling on the authorities to bar him, attracted 60,000 signatures, and the Home Affairs Minister Malusi Gigaba lost no time in declaring the preacher a “prohibited person”.

“If we find him at any of our ports of entry, we will detain and deport him,” said Gigaba. “We don’t want him in this country.”

South Africa is one of the few countries in Africa that recognises gay rights and the only one that allows same-sex marriages.

Gigaba acted swiftly against Anderon after it was brought to his attention that the preacher had insulted one of South Africa’s most admired figures.

In an interview with a Cape Town radio station, he had attacked Nobel Peace Prize winner and former Anglican archbishop Desmond Tutu. He branded Tutu – a vocal supporter of the gay community whose
daughter is lesbian – a “pervert … who goes around in a pink dress”.

As debate raged in South Africa about whether he should be granted entry, Anderson described Gigaba as a “wicked sodomite”, a “joke” and “backward” after he met with gay rights groups over the issue.
Gigaba said a dossier handed to him of Anderson’s remarks confirmed that he was guilty of hate speech and “promoting social violence” and should therefore be banned under the Immigration Act.

“These interventions will not be the panacea to our own social shortcomings, of prejudice and discrimination,” he said. “They will however provide us an opportunity to learn, or better unlearn, our own bigoted views and hateful beliefs.

“South Africa has its own mending to do, we do not need more hatred. Steven Anderson will be advised that he is not welcome.”

Responding to his ban in a Facebook post, Anderson said: “I feel sorry for people who live in South Africa.” But he announced that his planned trip to neighbouring Botswana would be going ahead.

That didn’t go well either. Shortly after the preacher and 20 of his flock arrived in Botswana Anderson was slung out of the country.

Cape Town-based pastor Oscar Bougardt, a supporter of Anderson who travelled to Botswana to give him moral support, told a South African newspaper that he saw immigration authorities putting Anderson on a plane out of the country.

Bougardt, of the Calvary Hope Ministries in Strandfontein, said he believed the deportation “happened because of an influence from a neighbouring country”.

Bougardt said he asked Anderson if he had really called for homosexuals to be executed after 49 people were gunned down in a gay nightclub in Orlando, Florida, in June.

“He said that he said he didn’t feel sorry for them dying in the shooting, but that the media turned his words around.”

In another interview, before Anderson was barred from entering the country, Bougardt, said that, although he did not agree with Anderson’s viewpoint that gays should be killed, Anderson was “a man of the cloth and is only preaching the gospel”.

When he learned that a number of hotels were refusing to accommodate Anderson, Bougardt promised his fellow preacher that he would help him find places to stay. Spur in Festive Mall, Kempton Park, Wimpy and the Premier Hotel at OR Tambo International Airport – all venues Anderson had made bookings with – had banned Anderson after learning of his hate-preaching.

Bougardt himself has been in trouble with the authorities over his anti-gay preaching. He had been reported to the SA Human Rights Commission several times for hate speech, including for statements including: “Bishop Desmond Tutu is mentally sick who has his own religious beliefs that says it is OK to be homosexual.

“He is… leading all homosexuals straight to hell.”

However, the Strandfontein preacher insisted he would “cut myself off” from Anderson if he starts preaching that gays should be killed.

During a radio interview. Anderson insisted his journey to South Africa was not about preaching against homosexuality, despite calling gay people “abominations”, “filthy” and “violent” in interviews.

“Let me be honest, the word of God says homosexuality is an abomination. If he comes here, and preaches the gospel, I will stand by him.

“If he says homosexuals must be killed, I will not stand by him.”

He said he was also ready to help Anderson establish a branch of his church in South Africa.

“He has indicated he wishes to open a church in Johannesburg, but I have told him Cape Town is better.

“I would also like to visit his church in America.”

Stroebel said: “What pastor spreads hate instead of God’s love? Bougard’s licence needs to be revoked.”

Gilardi added that the gay community was united against Anderson: “By allowing Anderson to come here is to spread the hate, which can lead to other things, like what happened in Orlando.”

Gay Rights group Triangle Project say they are “not surprised that Mr Bougardt has embraced the hateful and distorted message of Steven Anderson”.

Spokesperson Matthew Clayton said: “Mr Anderson and Mr Bougardt must be afforded both their right to freedom of expression and freedom of religious belief, but neither of these rights should allow them to spew hate, especially where it places lives in danger.”