A 'leading voice on biblical sexuality', the pastor died in New Zealand on April 20

ROGERS, above, was both gay and transsexual. But that ended when he decided homosexuality was ‘sinful.’  He fell into the arms of Jesus and embarked on a mission to to re-orientate gays, and in so doing left in his wake a trail of wrecked lives.

One young American who attempted  suicide after being forced at his Philadelphia school to watch Rogers’ video One of the Boys: The Sy Rogers Story, was Adam Dobson.

After the video was shown, Dobson says, he was subjected to a campaign of prayer sessions with his house parents at Milton Hershey School to help him renounce homosexuality.

Dobson later attempted suicide by wrapping a belt around his neck. He said he was expelled when he told school officials of his suicidal thoughts.

Later, another student at the school , Marcous Marchese, was told to watch the same video. He said:

I was a wreck.  … You should not have people make you feel like you are the scum of the earth.

At one points Rogers took on the role of President of a highly discredited “gay cure” outfit, Exodus International. In 2012, then President Alan Chambers renounced conversion therapy, saying it did not work and was harmful.

The following year, Chambers closed the organisation and apologised for the “pain and hurt” participants of their programs had experienced. Several other prominent former members, including John Paulk, have made similar apologies. While Exodus International no longer operates, many of its member ministries continue to do so, either forming new networks, joining existing ones such as the Exodus Global Alliance or operating independently.

Despite ruining lives, Rogers’ devotees appear to regard this despicable fraud as a saint of sorts. According to Charisma News, Rogers was outspoken about his biblical beliefs regarding homosexuality, gender identity and sexual purity.

It reported that US evangelist Jentezen Franklin, above, took to Instagram yesterday (Monday) to eulogise the “popular preacher.”

Sy Rogers lived a life of truth, sharing the hope and grace found in Jesus with everyone he could. After battling cancer, he was welcomed home with Jesus this morning … Our hearts and prayers are with his wife Karen, their children and grandchildren.

Other popular preachers and teachers expressed their sadness at Rogers’ death. Priscilla Shirer wrote in response to Franklin’s post:

This is a huge loss for the Church ….and for any of us who knew him. His message and ministry was INCREDIBLY unique. His brilliance was astounding.

Pastor Greg Laurie said he had met Rogers and believed he was “a wonderful guy.”

Brian and I are deeply saddened to hear of the passing of dear friend Sy Rogers today. Sy was truly one of the kindest people you could ever meet. He exemplified grace and freedom and a passion to always bless others. We will miss you Sy.

You ran your race perfectly, always giving honor to your Savior King. Our sincere love and prayers are with Karen and family. Heaven truly welcomed home a treasure today who will light up that landscape with his warmth, humor and goodness. With love and affection – Brian, Bobbie and your global Hillsong family.

Teacher John Bevere called Rogers a “great general in the kingdom” who “went home to his reward.”

Sy Rodgers (sic), you have impacted so many lives and have been so faithful to our Lord Jesus, I look forward to the day of our reunion in heaven with our Lord and Savior Jesus Christ and our families!

The preacher allegedly battled kidney cancer years earlier but was in remission for five years. But in the fall of 2019, his cancer reportedly returned. In response, he canceled his speaking events and shut down his social media accounts so he could focus on his health. He was 63. 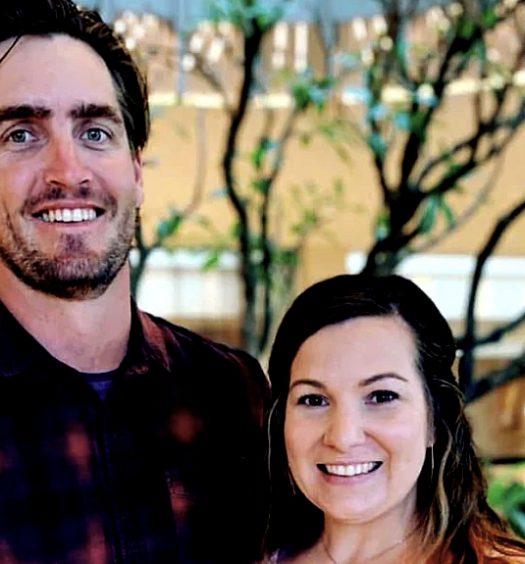 This Christian couple demands the right to foster children – and ‘fix...