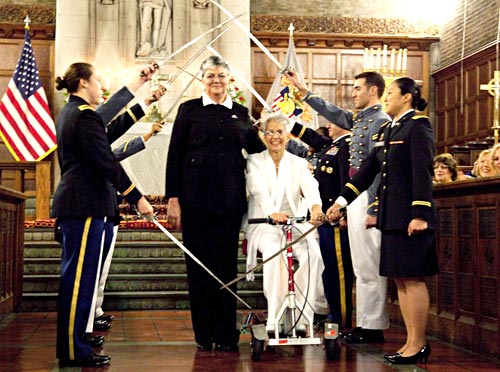 ANTI-GAY marriage activists in the US were choking on their corn flakes this morning after hearing reports that an historic military chapel in New York State hosted its first-ever same-sex wedding yesterday.

ANTI-GAY marriage activists in the US were choking on their corn flakes this morning after hearing reports that an historic military chapel in New York State hosted its first-ever same-sex wedding yesterday.

According to this report, West Point, the nation’s oldest military academy, allowed a lesbian couple to get married at the stately Cadet Chapel, which first opened in 1836. Penelope Gnesin and Brenda Sue Fulton, the latter of whom graduated from the academy, exchanged vows in a ceremony led by a senior Army chaplain.

Both women are from New Jersey and have reportedly been living together for 17 years.

Since the state of New Jersey prohibits same-sex “weddings,” they decided to travel to New York and have the ceremony performed there.

However, Fulton told reporters that when she requested to use the chapel for the service, she was informed that none of the chaplains at the academy come from denominations that support same-sex relationships. The couople then asked a friend, Army Chaplain Colonel J Wesley Smith of Dover Air Force in Delaware, to travel to the state to officiate the ceremony.

In September of this year, Barack Obama celebrated the first anniversary of the repeal of “Don’t Ask, Don’t Tell” by issuing a presidential statement:

Gay and lesbian Americans now no longer need to hide who they love in order to serve the country they love.

An outraged Christian News was quick to point out that throughout America’s history, homosexuality has been sharply proscribed in the nation, including in the military.

In 1778, General George Washington ordered Lieutenant Frederick Gotthold Enslin to be drummed out of the camp for “attempting to commit sodomy” with a male soldier. His March 14th proclamation stated:

His Excellency, the Commander in Chief, approves the sentence, and with abhorrence and detestation of such infamous crimes, orders Lieut. Enslin to be drummed out of camp tomorrow morning by all the drummers and fifers in the Army never to return; the drummers and fifers to attend on the Grand Parade at guard mounting for that purpose.

The Save America Foundation, in an article entitled George Washington Turning Over in His Grave as Pentagon Celebrates Sodomy, said:

Since the repeal of ‘Don’t Ask, Don’t Tell’, homosexual activists have accelerated advances of their homosexual agenda within the armed forces, including recognition of gay marriages, performance of marriages in military chapels, and gay pride celebrations at US military academies.

Although yesterday’s event was the first-ever gay wedding to be held at Cadet Chapel, just last week, another same-sex ceremony took place at a non-religious location on the West Point base. 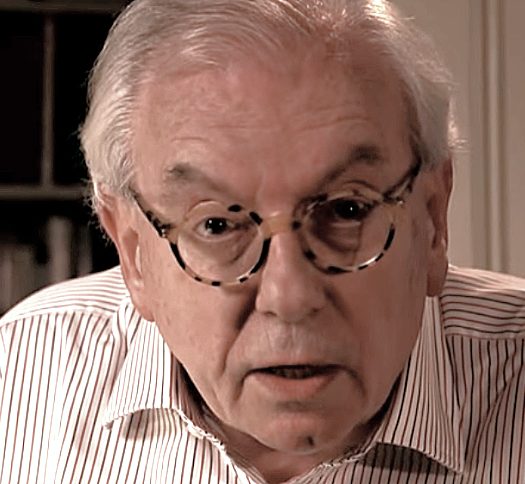 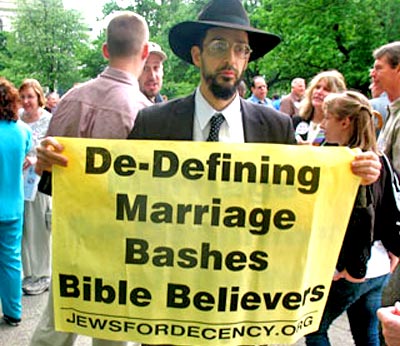