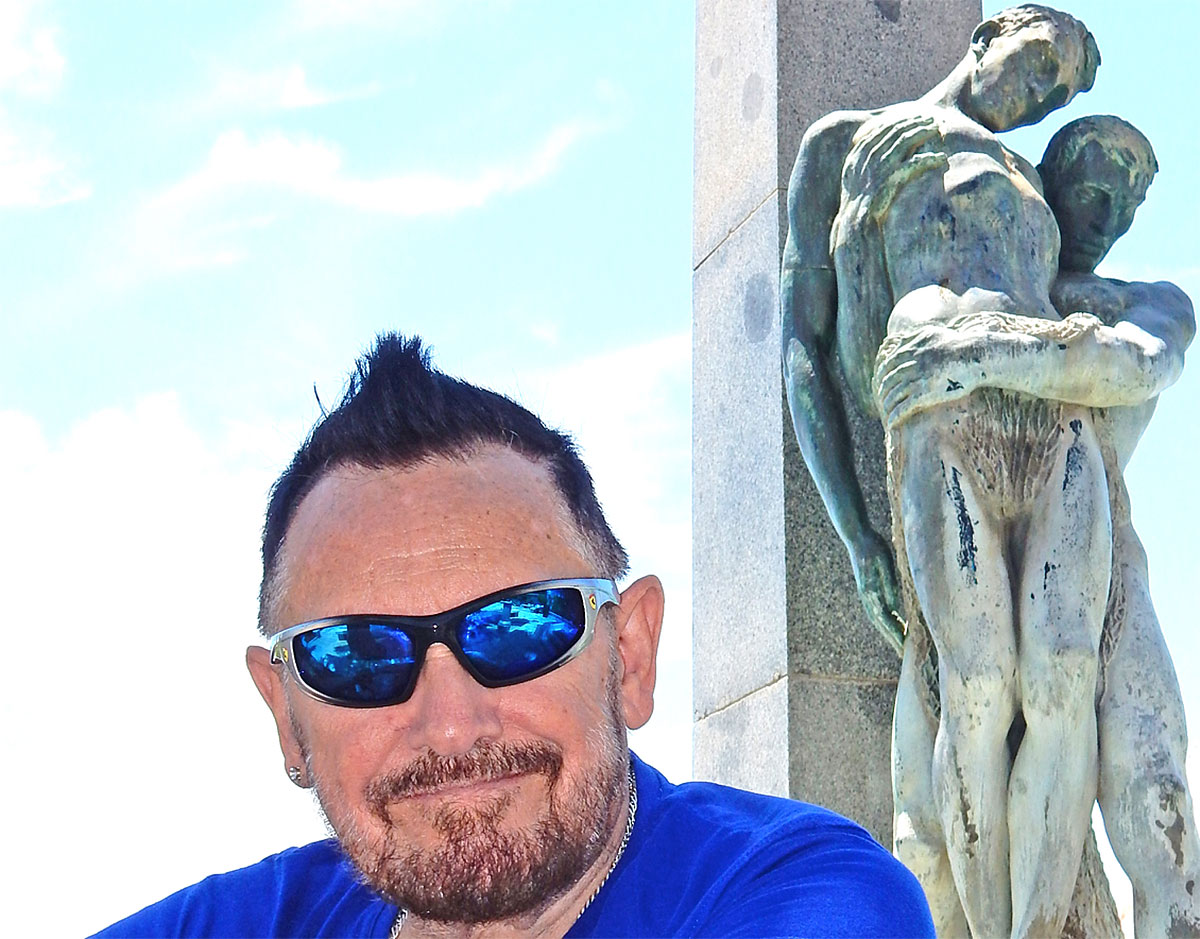 Gay screenwriter, novelist and actor Victor Pemberton is off to the Arctic, by Barry Duke

Gay screenwriter, novelist and actor Victor Pemberton is off to the Arctic, by Barry Duke

LET me tell you about something about the sonic screwdriver. Of all the contraptions conceived in 20th century science fiction, Doctor Who’s gizmo was the one single object that ignited in me a lifelong passion for all manner of technological doohickeys.

To prove my point to the fellow sitting opposite me in my favourite restaurant in Benidorm, Spain, I burrow into my manbag to extract something called a tactical pen. At one end is a blinding bright flashlight. At the other a sharp metal point that could remove all of an assailant’s teeth … and both eyes if a murderous streak happens to run through one’s veins. Between the two are a concealed razor-sharp blade – and an innocuous ballpoint pen.

I also take out my iPhone, encased in a gadget that serves both as a battery pack and an electronic cigarette. People walk into lampposts and trees when they see me smoking my phone.

A look of delight crosses Victor Pemberton’s face, for he is the man who came up with the idea of equipping the Doctor with a sonic screwdriver in 1968 when he wrote the script for Fury from the Deep which he later novelised. The multifunctional tool was then given form by Victor’s colleague, set designer Michael Lindsay.

Incidentally, June 17 saw the launch on Amazon of a replica of “the 12th Doctor’s 2nd trusty Sonic Screwdriver”. It will set you back a mere $29.98. Will Victor earn any royalties from the sale of this replica? “No,” he ruefully says. “That thing has never earned me a cent. But that’s the BBC for you.” 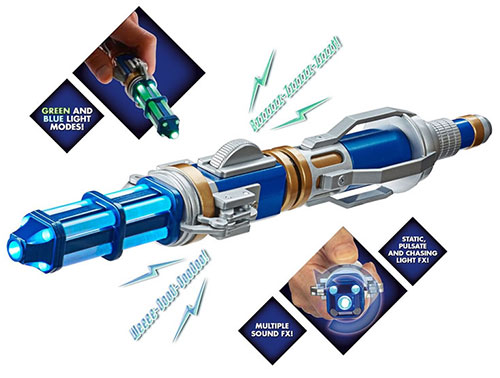 But we’re not in Italian Twist to discuss sonic screwdrivers, tactical pens and other contrivances, fascinating as the subject might be. We’re here because I had just learned that Victor – due to celebrate his 85th birthday in October – is preparing to drive on his own from his home on the Costa Blanca to the Arctic at the end of July.

A few days earlier I had seen a small poster in the window of the restaurant, headed “Victor Pemberton’s Arctic Adventure”. Below it were the words: “Victor Pemberton, former writer, actor and script editor for the BBC’s iconic Doctor Who TV series and author of over 20 popular World War Two novels, is, whilst defying advanced age, making an epic solo journey by car to raise funds for our injured ex-servicemen.

“His 10,000 km journey will take him from the Costa Blanca in Spain, across central Europe, though Denmark to the Arctic region of Norway.

“Yes, he is stark raving mad.”

I had, in fact, met Victor a few weeks before in one on my favourite local watering holes, Bar Destiny, and guessed that he might be a very youthful 60-something-year-old. He was tattooed, trendily dressed and fashionably coiffed, and was having a quick drink before moving on to a gay dance club. It was on that occasion that I learned of his Doctor Who credentials, that he worked on the UK version of Fraggle Rock and was a prolific novelist.

I saw him again later in May, energetically dancing close to the main stage set up in Benidorm’s Old Town to mark the town’s annual Pink Weekend.

Being the party animal he is, Victor has decided to officially launch his fundraiser with two fiestas: the first at the Italian bistro and the second at Bar Destiny on July 23. “And after that’s we’ll probably move on to several other venues,” said the indefatigable octogenarian.

The moment I learned of his madcap scheme, I contacted him to find out what on earth possessed him to embark on such a venture.

He explained that his concern for the plight of injured service personnel goes all the way back to the First World War. His father had lost a leg in the Battle of the Somme, and afterwards had to get by on a pitifully small pension.

Decades later, injured soldiers still face many hardships, and an organisation called Help for Heroes was established in 2007. Its mission is “to deliver an enduring national network of support for our wounded and their families. We will inspire and enable those who have made sacrifices on our behalf to achieve their full potential.

“In the 12 months leading up to March 2015 we have helped over 4,000 Veterans and military personnel – and their families – through our network of Recovery Centres.

“The war in Afghanistan may be over, but for those who have suffered life-changing injuries, their battles are just beginning.

“We’ve estimated that, of the 220,560 individuals deployed to Afghanistan and Iraq between 2001 and 2014, up to 75,000 servicemen and women (and their families) may need our support in the future. We will not let them fight these battles alone.”

Victor contacted Help the Heroes, who were “gobsmacked” when he told them of his plan . . . and his age. But they promised to help administer his scheme by setting up an official Just Giving fundraising page called The Arctic Adventure.

Victor, who has been driving for over 50 years (his first car was a Ford Anglia) will be making the journey in a two-year-old Volkswagen and will be using a GoPro camera to film every stage of his journey. He plans to post clips on his website and on YouTube.

This amazing journey, Victor tells me, marks the start of a new phase in his life. Currently, he is living on his own in a “soulless” conurbation in Murla, a village on the Costa Blanca which is a 40-minute drive from bustling Benidorm. He and his partner of over 50 years – David Spenser – bought a villa there when they moved from their home in Islington, London, a decade ago.

Sadly, David died in at the age of 79 in 2013 – seven years after the couple were married in a ceremony attended by 80 guests and performed by a Spanish judge. Victor recalls a touching moment when a large contingent of villagers gathered in the street to applaud them as they left the village hall in which their marriage took place.

A little teary-eyed, he said: “That’s how far we’ve come from the days when David and I first met. Life was a struggle then. It was illegal to be gay and we had to live very discreet lives. Young gay people nowadays have no concept of how hard life was for homosexuals then.”

And he applauded the stance taken by the then Spanish socialist Prime Minister, José Zapatero, who made it crystal clear to the Vatican that Spain was a secular country that would brook no interference in its affairs by the Catholic Church.

When the deeply homophobic Pope Benedict XVI visited Barcelona in 2010, Zapatero refused to attend a mass conducted by the pontiff, who was confronted by Spanish gays who staged a widely-publicised “kiss-in”. 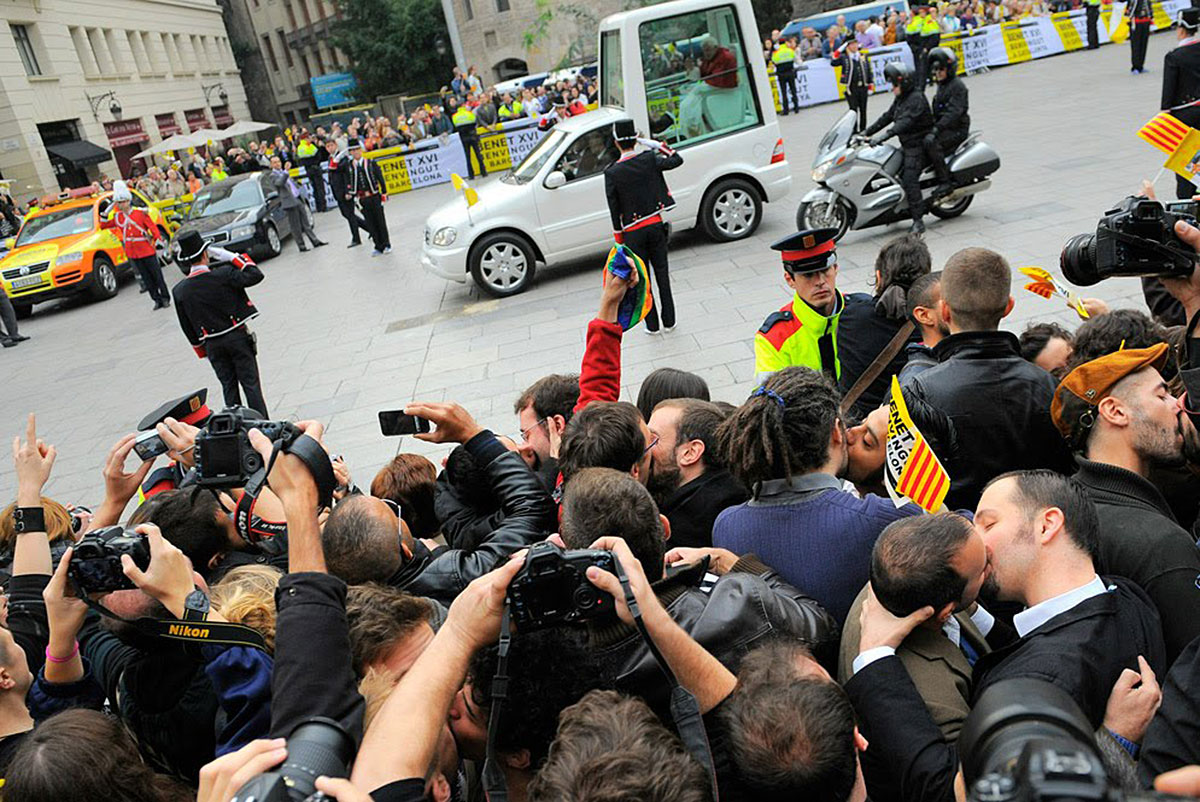 Victor imagined that he would be fine living on his own and able to see from his villa the spot where David is buried. But, despite having two delightful dogs for company – a pair of Lhasa Apsos, a breed that originated in Tibet – he decided that he could no longer deal with the solitude, and on his return plans to move to Benidorm.

The dogs – Bubble and Squeak – were Victor’s 50th-anniversary gift to David, a child radio star of the 1940s and 50s. David will be best remembered for his portrayal on air of Just William. The author Richmal Crompton cast him in the role, in a series of dramatisations of her novels about the raucous but endearing 11-year-old outlaw.

This was in 1948, when David turned 14 and was already a seasoned radio actor – performing more than one play a week. He had come into acting through a ruse set up by his ambitious mother and a BBC friend. 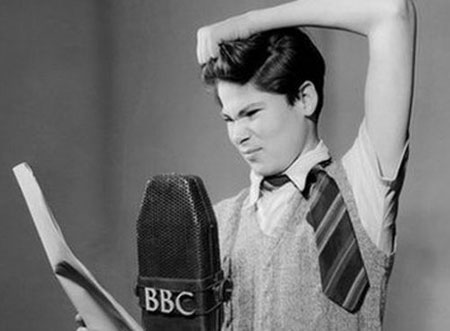 He was lured into Broadcasting House and found himself in a studio being auditioned by the Children’s Hour producer Josephine Plummer. For playing the lead in Just William he received the standard juvenile fee of four guineas.

On his website, Victor wrote: “In the years before he died, David made a valiant attempt to write his autobiography. Sadly he only completed two-thirds of it. However, he did ask me to promise that I would finish the book for him, which meant that the final third of his story would be a biography. That book is now awaiting publication.”
The book is entitled Just David, and Victor anticipates that it will be available by the end of the year.

Following David’s death, a tribute celebration was hosted by the British Academy of Film and Television Arts (BAFTA) in London. Organised and produced by Victor, with the help of their friends Duncan Kenworthy, Vice President of BAFTA, and Victor’s literary agent Diana Tyler, over a hundred friends, including many well-known personalities, attended the event.

Said Victor: “It was not a memorial service, but a programme devoted to David’s career, radio, film and television clips of his work, readings from his unfinished autobiography, and live piano music from one of his favourite popular composers. It was, for many, quite a revealing evening, but most of all, what David would have wanted more than anything else, lots of laughs!”

When I called Victor the day after our interview to arrange a photoshoot, he sounded amazingly chipper for a man who had left a dance club just a few hours before – at 4.30 am!

The many friends he has made in Benidorm won’t be in the least surprised if the extraordinary Victor Pemberton were to return to Spain from his Arctic adventure with a polar bear in tow. 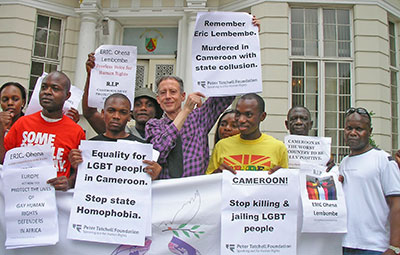 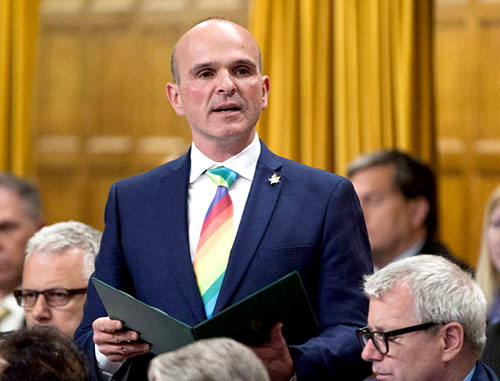