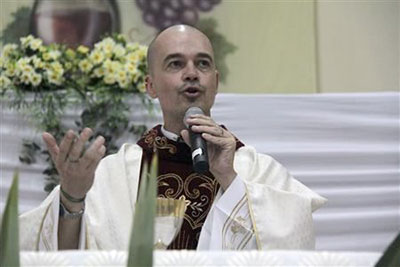 FOLLOWING a report yesterday that disgraced Cardinal Keith O’Brien had slunk back into Scotland, only to be told by the Vatican he should leave the UK, we learn that Brazilian priest has been excommunicated by the Catholic Church for championing gay rights and taking a liberal stand on other issues.

FOLLOWING a report yesterday that disgraced Cardinal Keith O’Brien had slunk back into Scotland, only to be told by the Vatican he should leave the UK, we learn that Brazilian priest has been excommunicated by the Catholic Church for championing gay rights and taking a liberal stand on other issues.

In a statement released this week, the priest’s diocese said Father Roberto Francisco Daniel, known to local parishioners as Padre Beto, had:

In the name of ‘freedom of expression’ betrayed the promise of fealty to the Church.

It alleged that Daniel had:

Injured the Church with grave statements counter to the dogma of Catholic faith and morality.

His actions amount to ‘heresy and schism’, the statement said.

The rare punishment follows what Daniel’s bishop and the priest himself said were repeated rebukes he received over videos he had made and other public activities, such as a radio broadcast and local newspaper column, in which he challenged Church doctrine.

The 47-year-old cleric, who studied theology in Germany, is popular in the southeastern city of Bauru, where he has been a priest since 2001. He is known for his rock T-shirts, a silver stud pierced through his right ear and his habit of posing, as on his official Facebook page, with a glass of beer.

I feel honored to belong to the long list of people who have been murdered and burned alive for thinking and searching for knowledge.

Daniel’s excommunication, which prompted headlines across Brazil and protests in social media, illustrates the rising influence of more moderate social views in Brazil, Latin America’s biggest country, and much of the rest of the region.

Progressive stances on sexuality, birth control, scientific research and other delicate topics for the Church are increasingly common in Latin America, home to 42 percent of the world’s Catholics, more than any other region worldwide.

In one of the recent videos he posted on YouTube and his own website, the priest said a married person who chose to have an affair, heterosexual or otherwise, would not be unfaithful as long as that person’s spouse allowed it.

If someone is in an extramarital relationship and that relationship is accepted by the spouse, then faithfulness still exists there,.

In a telephone interview, Daniel said his statements “are personal reflections that should be considered and discussed in the dialogue of the church.” The excommunication, he said, is:

The sad act of a lukewarm and disengaged church that is out of touch with today’s society.

The diocese retained a church expert in canonical law to oversee the excommunication process. The diocese also initiated a separate process at the Vatican through which Daniel will be stripped of clerical authority.

Last Tuesday, Bishop Caetano Ferrari gave Daniel a letter asking him to take the videos offline and publicly retract his statements. In an interview posted on the diocese website shortly afterward, Ferrari called Daniel “brilliant,” but characterized him as a “rebel son” who “crosses the line”.

On Monday, Daniel said he went to the diocese headquarters planning to renounce his clerical duties rather than retract any of his comments. But before he had a chance, the bishop and canonical expert made him face a committee of Church officials.

It was a trial. I told them I was not there to be tried, that I had not been indicted.

Shortly afterward, the Church issued the statement announcing his excommunication. 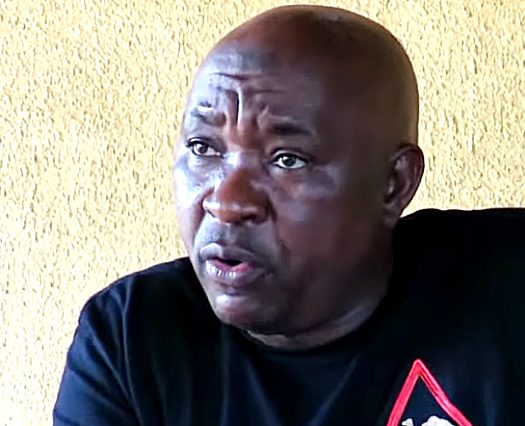