WARREN ALLEN SMITH profiles the US painter Paul Cadmus, who died in 1999 at the age of 94 (from the Spring 2000 edition of The Gay and Lesbian Humanist)

If there were a past life (for who would foolishly choose to hope for a future life) and I could become anyone of my choosing, I would choose to be Sergei Diaghilev or Paul Cadmus. As Diaghilev I could have been loved by Nijinsky and revered by such as Picasso, Stravinsky, and Cocteau. But as Cadmus, I could have been loved by photographer Jared French and model-musician Jon Andersson and revered by such as W H Auden, Christopher Isherwood, George Balanchine, George Platt Lynes, George Tooker, Lincoln Kirstein (New York City Ballet Director, the husband of Paul’s sister Fidelma), and E M Forster (who, while posing for a portrait, passed the time reading aloud passages from Maurice). As a journalist some years ago at the annual ceremonial of the American Academy of Arts and Letters, I commenced a friendship with Cadmus when he inquired and learned that I write for Free Inquiry and other humanist publications. Asked by this controversial and eminent painter of The Fleet’s In! and The Seven Deadly Sins what I meant by “humanist”, I responded in such a way that he replied, “Oh, then I’m a secular humanist also!” From then on, whenever we were together, he jovially introduced us as “two secular humanists”. He told me, however, that he had never been much of a student of philosophy. From my description of “naturalistic humanism”, however, he agreed that he fit in to its non-supernaturalistic outlook and its emphasis upon the humanities. Later, we both came to prefer “humanistic naturalism” as a label, one that John Dewey also had once used and which emphasizes the non-supernaturalism. A devout Catholic until he was seventeen, he then “shed it all”, he said. “I’ve always liked the story of the Albigensians who were besieged by the Pope at Beziers. His soldiers asked him: ‘How do we know the heretics from the Christians?’ The Pope replied: ‘Burn them all. God will know his own.’” A gentle man who seldom raised his voice against anything or anyone, he laughed almost as softly as he played his beloved grand piano, surrounded by books, sculpture, photographs, and different kinds of art. At one lunch he prepared for me at his Connecticut home, Cadmus said: “I think my ancestors sailed from Jutland around 1710. My father’s side may have been Dutch and, like Erasmus, Latinized the name. My mother, conceived in Spain, was born in New York. Her father was Basque, her mother Cuban. Maybe I was just a cad to begin with”, he joked, “and the name was Latinized.” His parents, both artists, encouraged their son and their daughter, Fidelma, to study art, and Cadmus began with an interest in antiques. One day at the National Academy of Design in uptown Manhattan and knowing that older art students had nude models to work with, he peered through a peephole and saw a naked female. “I had never seen a stranger in the nude. It was a revelation,” he confirmed telling others. While growing up in Manhattan, he said, “I was fascinated by the sailors around the Soldiers and Sailors Monument. I was young and was propositioned many times. But I was afraid to go with them, and we just talked while sitting on the benches.” “The male nude has been a specialty of my own oeuvre”, Cadmus told several friends, “when I am not being concerned with the foibles of people in daily life: men, women, and children. We are made, we are told, ‘in God’s image’, and we assume that He was not clothed by Armani or Brooks Brothers or, if He is She, not attired by Balenciaga or Donna Karan.” Cadmus, who in 94 years completed over 120 paintings, delighted in such observation. “I do love Michelangelo’s male forms,” he has said, adding that “Michelangelo’s women often look like males with grapefruits attached.” “It seems that genitalia,” Cadmus lamented about the public taste, “equal pornography.” But not for him personally: “My penis is not the most important organ in my body. My eyes are.” Cadmus met Jon Andersson, 27, when he himself was 59 and “I never wanted to be with anyone else.” That included the time he was invited to a long-ago party by Truman Capote. Capote’s long-time companion Jack Dunphy told him he could not bring a male guest, that “Truman said he didn’t want to ask ‘a bunch of fags’ to his party.” This infuriated Andersson and was one of the few times the two did not appear together in public or private. On one occasion when it was said that he was the only artist to draw so many male nudes, the then 92-year-old Cadmus quipped, “Well, there was Michelangelo.” Biographer Charles Kaiser quotes Cadmus as having been interviewed by Alfred Charles Kinsey: “He took homosexuality just as calmly as he did his work with wasps. He interviewed me about my sex life – how many orgasms, how big it was, measure it before and after.” Kinsey even went to dinner at Cadmus’s house following the interview. Just before his 95th birthday on December 17th, friends were invited on December 1 to a birthday party at the D C Gallery. Painters Jack Levine and Chuck Close, sculptor Phylis Raskind, photographer Charles Henri Ford (once Tchelichew’s lover), and over one hundred other friends were on hand to toast Cadmus and celebrate his birthday. Cadmus walked spryly and greeted everyone joyfully. I was introduced as “a fellow secular humanist”, and he and Jon were elated to meet my new companion, who is a descendant of Maroons and who is four decades my junior. As always, Cadmus gazed with an artist’s eye. Eleven days later, and just five days before his actual birthday, Cadmus died peacefully while watching television with Jon at their suburban home in Connecticut. 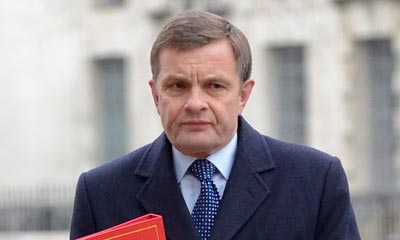