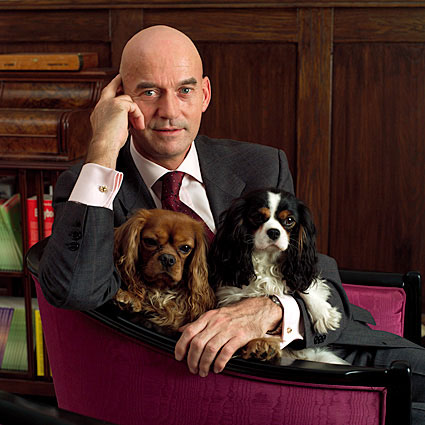 From the archives: Flame and Fortuyn

From the archives: Flame and Fortuyn

THE assassination of Pim Fortuyn in the Netherlands in early May, 2002, sent a kind of shiver through Europe, and yet his avowed wish to halt immigration and his criticism of Muslims was seen by some as racism. Lively Internet  discussions stopped just short of flame wars. People thronged Dutch streets, wondering what had happened.  ANDY ARMITAGE, in the summer, 2002, edition of the Gay and Lesbian Humanist, looked at whether a new populist right was challenging traditional pigeonhole politics.

Unless you live in the Netherlands, you may have forgotten who won the elections there. You may not even care. But you will remember who came second: it was the party of the flamboyant, maverick, openly gay, right-wing . . . Oh, doesn’t the journalese just flow? And didn’t the media hacks love it?

For Pim Fortuyn, the outspoken shaven-headed, cigar-smoking leader of a new vibrant party, will be remembered long after the election. Would the result of the election have been the same had he not been assassinated by a lone gunman? Would the Pim Fortuyn List have been way down the list? Or was the Netherlands – and Europe – ready for a man like Pim Fortuyn?

While his party was among the several “new populist” movements that Europe has seen springing up recently, Fortuyn did not embrace the tradition of being so far to the right as to fall off the edge of anything that is decent, the way some politicians do, as if to prove their macho credentials. Indeed, traditions were not part of Fortuyn’s makeup.

And could the man be racist who once told a television audience: “I’ve nothing against Moroccans – after all, I’ve been to bed with so many of them”?

Did the media like him so much because they, too, couldn’t stick a simple badge on him, because he created a frisson in their collective keyboard? Because he was like one of those optically illusory images that seem less clear-cut the closer you look? Because he was one of those figures who excite because of their very ineffability?

“Most members and supporters of the BNP have admittedly not been able to reconcile Mr Fortuyn’s private life with his outspoken political views. However we all agree that he was a man of principle and we agreed with his views about negative effects of the flood of asylum seekers into western Europe and the observation that our very European way of life which we have developed over millenia [sic] is now under threat from people with a very different outlook on life from a cultural and religious perspective.”

Just to make the point that real men don’t like queers, the next paragraph was written, presumably, so as to show no sympathy for people who don’t conform to the notion of red-blooded heterosexuality:

“The BNP extend its [sic] deepest sympathies to Mr Fortuyn’s immediate family and his colleagues who are now in a state of shock and grief.” I take it we’re meant to read “blood family” into the use of that word “immediate”.

However, the above makes the point that, whether one is BNP or a columnist on the Guardian, one does find it difficult to put Fortuyn into a convenient box – which probably says a lot for the way we think when the label sticks out more than the person. It perhaps tells us about the national psyche of other countries, too: you can’t imagine the public outpouring of grief in Britain for a newbie politician – shaven head or no shaven head.

Fortuyn’s murder caused a flurry of Internet activity on the gay discussion groups, not least on that of the Equality Alliance, where there was a deluge of postings after a letter appeared in the Guardian written by Terry Sanderson, Gay Times columnist and spokesperson for GALHA.

“While we in no way support Pim Fortuyn’s ideas on immigration, or see any connection between immigrants and social decay,” wrote Sanderson, “we do share the concerns he expressed about Islam and its antipathy to liberalism.” He went on to talk about how Muslims in Britain have called for the death penalty for queers – but Sanderson’s big “sin” was in saying that, in “accommodating the Muslim community” in the UK, we have to “confront Islam’s attitudes to women, democracy and human rights in general”. The word “accommodating” got up some people’s noses.

Were they not already part of Britain? someone asked. Only when they’ve been accommodated, wrote another. Argument raged over whether some posters of messages were being too black and white in their attitudes towards Muslims: there were moderate Muslims who have liberal attitudes towards gays and lesbians. Others weighed in with the opinion that, if Muslims truly believed in their holy book, the Koran, they could not tolerate gays in society.

GALHA received some comments from members in the Netherlands, two of which the group has made available to G&LH.
Tony Thorne, who moved from London to Amsterdam last year to be with his partner, Roger Knight, is a former GALHA committee member. He emailed a friend who had emailed him just before the assassination – but Thorne saw his friend’s email after the death of Fortuyn, and replied:

“Fortuyn was different, a right-winger, a highly intelligent professor of social science who, I think, was misusing his intellect. Highly charismatic, he pandered to the instincts of race and nationalism in a way that misdirects the passions of the less well educated in an increasingly peripatetic world and which in the last century led to two world wars, the Cold War of ideologies and the untimely deaths of millions.

“Everyone, quite rightly, saw a powerful leader in the making and one person, quite wrongly, decided to take him out before he could bring his influence to bear on the national stage.”

Thorne goes on to reflect views that, in one form or another, and over several days, found their way onto the Equality Alliance discussion list:

“Some things he said made sense, like his observation of Islam as a backward religion. But all religions similarly enslave their adherents – so why attack just one unless it was to obtain the maximum political advantage and the least amount of fallout from his (mainly ‘Christian’) supporters? I don’t agree that anyone should hate Muslims as such but they should denounce their religion for its more extreme teachings and those that carry them out – and those of other religions too.”

And another GALHA member in the Netherlands, Hans Hoekzema, wrote before the election:

“This country’s politics has been on a psychotic roller coaster for the last half year. Not just the rise and demise of a flashy comet politician, but also the regular political parties have lost track for some time already. The complacency of wealth and welfare seems to have blown this country’s consensus, taking off like a hot air balloon, now labelled as ‘cartel-democracy’.”
It was easy to stick Jörg Haider and Jean-Marie Le Pen into a box conveniently marked “right-wing, fascist, therefore not to be taken seriously” (even though both of them are more complex than popular media allow us to believe).

It’s harder to pin a one-size-fits-all badge on a man like Fortuyn, of whom a schoolteacher queuing to sign a condolence book said: “There were so many things that couldn’t be said in our country, and it took someone with Pim’s courage and charisma to say them.”

Fortuyn had no time for neo-Nazis. Non-whites were welcome in his party. But his “crime” in the eyes of many was that he said his country could take no more immigrants. And, like many readers of this magazine who may consider themselves politically opposite to Fortuyn in some areas, Fortuyn attacked Islam for its intolerance to gay people.

A poster outside Rotterdam’s town hall before the election said, “Sleep well, Pim. Because of you, Holland will stay awake.”

On November 2, 2004 – two years after Fortuyn’s assassination – well-know Dutch filmmaker Theo van Gogh, 47, was brutally murdered in Amsterdam by 26-year-old Muhammad Bouyeri, a Dutch-Moroccan national who grew up in the city. Van Gogh’s death came shortly after his collaboration with Aayan Hirsi Ali, a Somali-born member of the Dutch Parliament, on a 10-minute film entitled Submission. Van Gogh, a friend of Pim Fortuyn, was honoured as a champion of free speech at a large public memorial service and afterwards cremated. 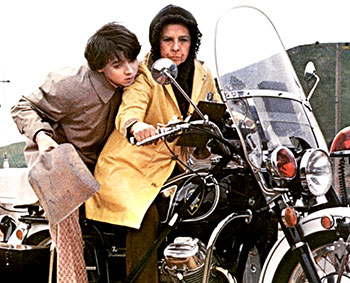