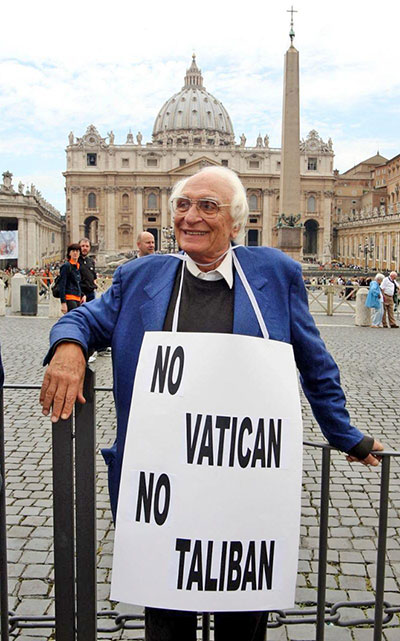 MUCH to the fury of the Catholic Church, Italy voted to allow civil unions on May 11. This prompted Archbishop Michele Pennisi, a member of the Italian Bishops’ Conference to say “there is a large part of the country that did not want this law passed”. The new law was “unjust” and had been introduced for “ideological” reasons, he said. Forcing it through with a confidence vote was “creeping fascism”, he added. “It seems to me that behind the law is a culture that is specifically contrary to the natural family.”

Sadly, flamboyant bi-sexual politician Marco Pannella was not alive to celebrate the historic vote: he died just two days earlier. Had he still been alive, he would no doubt been dancing in the street along with members of the LGBT community who were delighted that the Catholic Church has suffered another grievous blow.

Pannella had been a thorn in the Church’s side for decades, and there can be no doubt that his libertarian campaigning had played a key part in the vote. After all, he had been successful in many of his other campaigns.

His aggressive campaigning against the Church is detailed in depth in a post headed “Marco Pannella – The Man Who Changed Italy for the Worse” on the Catholic blog, The Eponymous Flower. Reporting on Pannella’s death, the anonymous author wrote: “His name is inextricably linked to the legalisation of divorce and abortion, the fight for the legalisation of euthanasia and ‘gay marriage’, for drug liberalisation, the abolition of conscription and . . . above all with an insatiable antipathy against the Catholic Church.”

Pannella was leader of the Italian libertarian Radical Party (PR), originally founded in 1955 by the left wing of the Italian Liberal Party, but was refounded in 1963 by Pannella. Exasperated with what they saw as the vice-like grip in which the Catholic Church and its political allies held the country, the PR campaigned for all manner of causes that the Church found objectionable.

According to an obituary in the Telegraph, the PR won its greatest victories, in 1974 and 1978, with votes that legalised civil divorce and abortion, both pieces of legislation passed after Pannella had staged hunger strikes.

In 1970 he had subsisted for 78 days on three cups of coffee a day, losing more than four stone.

This was just one of many publicity stunts pulled by Pannella over the years. In 1979 he almost managed to upstage Pope John Paul II’s Easter benediction by staging a “reverential march of nonbelievers” to St Peter’s Square. In 2000 he was given a two-month suspended sentence after dressing up as Santa Claus and handing out free hashish to the crowds in Rome’s Piazza Navona.

When, in 1997, the PR was successful in promoting six referendums, held on the same day, on issues ranging from hunting to the abolition of the Federation of Journalists, Pannella took to dressing up as a ghost, parading in a white sheet to protest at what he claimed was a plot by mainstream parties to turn people off voting. As it transpired, the referendums were invalidated by a low turnout, at a cost to the Italian taxpayer of 840 billion lire (about £340 million).

The PR attained political success in 1976 when it entered Parliament with four deputies, including Pannella. The party lost its edge from 1987 when Pannella allowed Ilona Staller, otherwise known as the pornography actress La Cicciolina, to run under its colours. Although she was placed way down the list of candidates, she received enough personal preferences – 20,000 – to be elected. She then proceeded to embarrass everyone by stripping in public at every opportunity and offering to sleep with Saddam Hussein to promote peace in the Middle East.

Giacinto Pannella, always known as Marco, was born on May 2, 1930, at Teramo, in the Abruzzo region, to a Swiss mother and an Italian father who was an engineer.

The Eponymous Flower reveals that he was named after a great-uncle who was “a Catholic priest and respected intellectual”. He studied law at Urbino University, where he became involved in Liberal student politics and later became president of the Italian union of students.

He joined the Radical Party at its formation and became the party’s leader in 1963.

Pannella never married, but lived for many years with Mirella Parachini, a gynaecologist, who survives him. He also claimed to have had some 400 lovers, including several men. 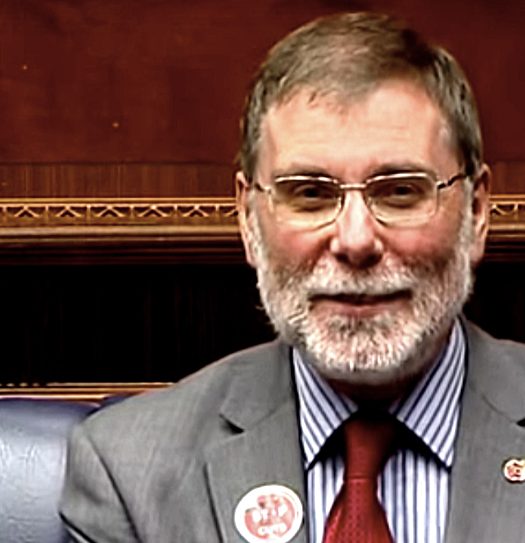 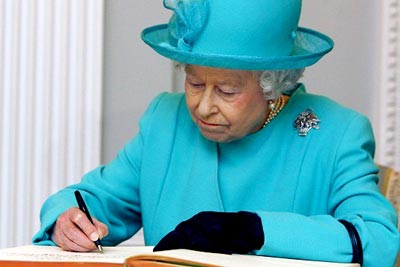