THE latest issue of The Pink Humanist (above) carries a piece on page 2, asking why no action has been taken by the Charity Commission against Cambridgeshire evangelist Paul Shinners, who travelled to Uganda in 2012 to urge local politicians and church leaders to support anti-gay legislation.

THE latest issue of The Pink Humanist (above) carries a piece on page 2, asking why no action has been taken by the Charity Commission against Cambridgeshire evangelist Paul Shinners, who travelled to Uganda in 2012 to urge local politicians and church leaders to support anti-gay legislation.

When news of his visit first broke, Shinners, who heads the Passion for Souls charity, vehemently denied commending Ugandan politicians for the proposed legislation, which, at that time, included a death penalty clause.

Responding to pieces published by Pink Humanist and Freethinker editor Barry Duke in Spain, Human Rights Commissioner Melanie Nathan in San Francisco and Daniel Law in the UK, he immediately played the victim card, saying that his presence in Uganda at a religious rally organised by David Kiganda, was:

Simply to preach the Good News of the Gospel of Jesus Christ, which I did.

This was in direct conflict with a report carried by the Daily Monitor, under this headline:

Part of the report quoted Bishop Kiganda, the leader of Christianity Focus Ministries (CFM) and the overseer of Bornagain Churches as saying:

We ask Members of Parliament to stop wasting time debating the Bill but simply pass it to save school-going children, who are at risk of being recruited. Our leaders should desist from any act that would frustrate this proposed law because it has delayed.

Kiganda added that the “vice” [homosexuality] threatened the morality of the people.

The remarks by pastors came amidst controversies and media reports of increasing promotion of homosexuality. Rev. Paul Schinners (sic) from the United Kingdom commended Uganda for the Bill, saying it was a clear stand for God.

There is no other nation world over that has such a plan and through this, Uganda is going to be blessed.

According to Daniel Law, all of Kiganda’s rallies are captured on video and flogged to those stupid enough to buy this bilge.

But not this one!

He [Shinners] made many efforts to eradicate all evidence of what he said in Uganda. All of David Kiganda’s events are recorded and available to be purchased with the exception of the event Paul Shinners spoke at. He had successfully had the recording removed from most data sources in Uganda for ‘security reasons’.

But Law, to his credit, kept digging. And finally unearthed a clip from the 7th National Day of Prayer that Shinners attended, and it clearly shows the accuracy of the Monitor report.

Law would like to acquire the whole video, which runs for a mind-numbingly three hours and 45 minutes, but the asking price is £130 (he paid £30 for the clip which you can watch here.

This offers incontrovertible proof that Shinners has lied throughout the affair, and that he was not the victim, as he claims, of a “defamatory” campaign.

Before the video was unearthed a Christian blog said:

Despite a lack of evidence to support allegations of homophobia made against Paul Shinners of Cornerstone, St Neots, bloggers in the UK, Spain and the USA have continued with their campaign against him, leading to further business disruptions.

Instead of apologising, the bloggers see their campaign as justified and have continued to post increasingly aggressive demands for explanations along with accusations of lying and, most recently, supposed “proof” in support of their allegations.

Rather than allow himself to be goaded or drawn further into what appears to be an ever more acrimonious campaign, however, Paul has responded with a simple, ‘God bless you’, a response that has been greeted with open contempt by the bloggers.

The blog vanished soon after the clip was published.

Read more of this story here and here. 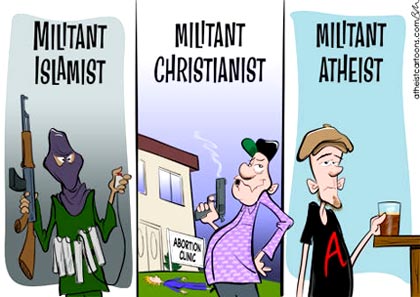 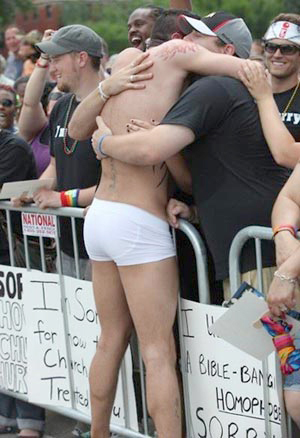