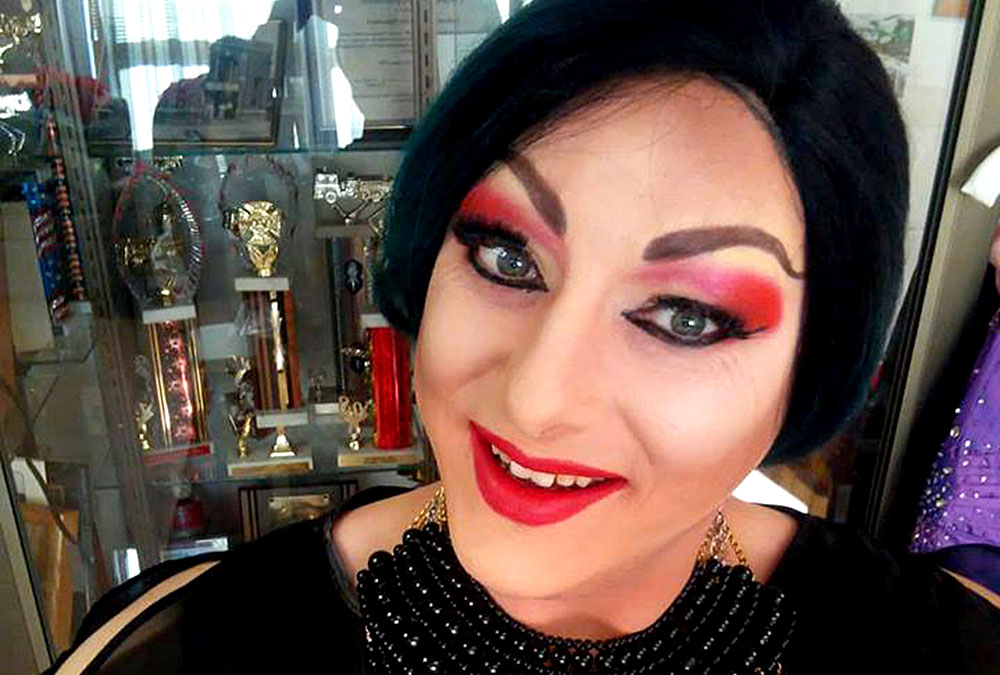 CHRISTIANS Uniting, a group of churches and pastors in Pennsylvania have warned people that they may be ‘groped’ if they were to attend charity bingo events staged by the Sparkling Queens of Drag, a group founded Jeffrey Kaczynski , above.

The group performs “Drag Queen Bingo” fundraisers for fire departments and non-profit organisations in southwestern Pennsylvania has vowed to continue despite the bigotry of church leaders.

Performing across the Mon Valley south of Pittsburgh, the group typically brings in between $5,000 and $30,000 a night, said Kaczynski,

The interfering pastors have warned fire departments that they risk becoming a target of the #MeToo movement by holding such events.

Christians Uniting expressed its concerns in a letter to Mt Pleasant area fire departments, saying that that the events:

Encourages the touching, fondling and groping of patrons by individuals dressed in drag. Women and men may feel pressured to accept these advances in the moment.

Kaczynski said in essence that this was a load of tosh, and tdenied that any inappropriate touching takes place. He said that at Sparkling Queens of Drag events, rules are read at the beginning of each bingo advising that groping is not appropriate.

Kaczynski said he’s been doing drag for almost 10 years, and so far this year his group has raised $182,000 for local organisations and fire departments.

It’s our way of giving back to the community.

A former president of Christians Uniting, the Rev. Mark Werner, said the pastors and congregations represented in the group are very supportive of fire departments, but suggested that they might be sued by someone who may be the victim of unwanted advances.

The Calumet Volunteer Fire Department will host a July 20 drag queen bingo fundraiser.The event has been a hit in the past, said Courtney Warren, who said her boyfriend is a captain at the station.

We had nothing but positive reviews about the whole entire thing, and all the surrounding stations who have had the event as well; it’s all been positive.

Responding to charges of abuse of minors, Warren argued that anyone under the 18 is barred from the events.

Christians Uniting President Rev David Greer said the letter was never meant to go public. He describe it as a private warning designed to: caution:

Yes, move on, you imbecile, and keep your godly snout out of matters that do not concern you.