Two days after Dr Nazim Mahmood’s conservative Muslim family confronted him about his sexuality and his plans to marry Matthew Ogston – his fiancé of 13 years – Mahmood committed suicide.The 34-year-old’s death occurred in July 2014, when he fell four floors from the balcony of his £700,000 flat in a West Hampstead mansion block. Subsequently, Ogston established the Naz and Matt Foundation.

The registered charity’s mission is “never to let religion, any religion, come in the way of the unconditional love between parents and their children”. Then, in April of this year, to promote the work of the Naz and Matt Foundation, and help to raise awareness of the devastating human impact of religiously-motivated homophobia, Ogston undertook an eight-day “Journey to Find Acceptance” – with support coming from a surprising quarter. The Association of British Muslims published an official statement announcing their support for the Naz and Matt Foundation’s work, saying: “The Association of British Muslims (AoBM) remembers Dr Nazim Mahmood (UK) and Dr Priya Vedi (India) whose deaths bring to light grim attitudes grounded in religious and cultural perceptions. [Vedi discovered her husband was gay.] “AoBM also lends support to the Naz & Matt Foundation as Matthew Ogston walks a 130 mile distance in the memory of Dr Nazim Mahmood to raise awareness about religiously-motivated homophobia.”

The statement continued: “AoBM appreciates that some people may have reservations about certain ways of living; however we advocate strongly the view that such disagreement gives no right to any of us to act in homophobic manner. We urge all communities to initiate and support a dialogue from within to further a better understanding of the issues related to sexuality – both culturally and religiously.” Ogston welcomed the announcement, saying:”This is a significant, albeit first step, towards the acceptance of gay, lesbian and trans individuals who, because they are born into a religious family, are forced to suffer horrendous mental bullying, homophobic and physical abuse and quite often forced into marriages with a person of the opposite sex so that ‘shame’ is not brought on their family. All we ask is for acceptance for the way that we are born. Please, think with your heart – we must all work together to make this change so that beautiful individuals like my fiancé Naz, and Dr Priya Vedi, do not have to feel that their only way forward is to end their own lives. Explaining why he undertook his walk, Ogston said that, shortly after Naz death, he felt the need to escape, “to break free from the pain that I was feeling.

I left the house to go for a walk to get some fresh air. But when it was time for me to come home, I could not face the reality of what had happened, that Naz was no longer here. “By returning home I would have to face that reality. So I decided to keep walking and not stop. For two days I walked, and walked, and I got myself into an adventure and several pickles that would test life itself. After two days I woke up and walked home not realising the pain and the worry that I had caused by disappearing. The police had been called to go searching for me. A press announcement had been prepared to ask people to find me. I had no idea. I was lost, confused. I returned home. “I don’t know why, but I told our friends that I wanted to walk to Birmingham to raise awareness and make something that was so wrong right again.” So he set out on a walk to Birmingham where Naz was laid to rest. The estimated 130 miles turned out to be 150 miles after many detours to ensure he and his supporters took the safest routes.

Ogston added: “I hope that by walking this journey it may raise awareness that homosexuality is not a ‘sin’ and is not something that can be ‘cured’. This may prevent another young person feeling that the only way forward is to take their own life. We have got to stop this from happening again. “The purpose of the journey was really to travel through various towns along the way to carry a message of acceptance. This issue is something which affects all religions.” Ogston said he had received thousands of messages from gay people from a variety of religious backgrounds saying they are facing struggles similar to those experienced by his fiancé. He said: “I have had Muslims, Christians and Sikhs contacting me and what is so upsetting is they all have similar stories. “If their families will not support them and their communities will not support them, then imagine how that must feel. Being gay is about the love between two people – it is not just about the sexual act.

The journey I have been on since last July is how to get that message out to people.” Shortly after Ogden’s journey ended, Stephen Green, of Christian Voice UK posted a piece in support of quack gay “cures”. He labelled Ogden “selfish and delusional”, and accused him of “showing no sensitivity to Dr Mahmood’s family, who will rightly feel great shame over their son’s suicide and emotional problems and must be dismayed that his death is now being dragged through the mud in public as a political football.” Green, an abusive wife and child-beater whose Christian Voice UK rants about homosexuality serve only to indicate how deeply insecure he is about his own sexuality, added: “It is undeniable that men and women have walked away from homosexual attractions through the power of the Christian Gospel. “Whether Islam is any help in such a process is open to debate, but the Christian faith offers enormous support to those seeking to reach their emotional potential. No-one has to ‘stay gay’. “Mr Ogston is quoted as saying: ‘Being gay is loving someone, it’s not a disease, there’s nothing to be cured, it’s about love; nothing else should matter.’ A father and son or two brothers normally express their love without feeling the need to interfere with each other. No, ‘being gay’ is not just ‘about love’, it’s about emotional disorder, sexual abuse and perverting God’s created order.” Ogston’s walk raised more £11,000 from people all around the world, including the United Arab Emirates. “We are going to use the money to fund a number of special projects that will continue to raise awareness and give people who are affected by this situation a chance to be themselves, to be happy,” said Ogston. 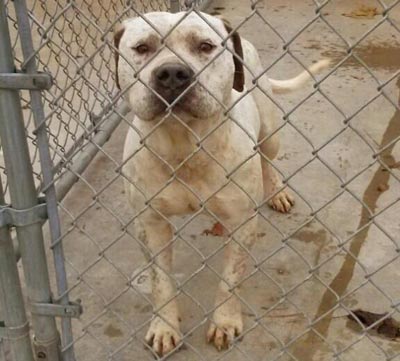 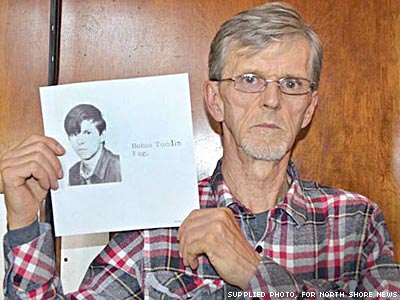 Canadian man, branded a ‘fag’ in a school yearbook, finally receives an apo...