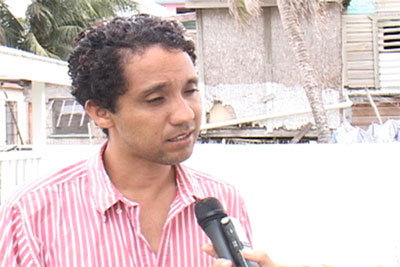 Christians at the root of anti-gay violence in Belize

Christians at the root of anti-gay violence in Belize

DEATH threats against Caleb Orozco, 39, the gay rights campaigner who is attempting to overturn colonial era laws that criminalise homosexuality in the Caribbean state of Belize, have escalated during a four-day courtroom hearing, his lawyer has claimed.

Caleb Orozco, labelled ‘the antichrist, had a beer bottle smashed in his face and his car was vandalised.

DEATH threats against Caleb Orozco, 39, the gay rights campaigner who is attempting to overturn colonial era laws that criminalise homosexuality in the Caribbean state of Belize, have escalated during a four-day courtroom hearing, his lawyer has claimed.

Caleb Orozco, labelled ‘the antichrist, had a beer bottle smashed in his face and his car was vandalised.

The high-profile challenge to the Caribbean state’s colonial-era “anti-buggery” legislation has stirred up resentment of the gay community, according to Lisa Shoman.

There has been a visible increase of threats and violence against Mr Orozco and against all homosexuals in Belize.

From our perspective in the West, Section 53 of the Belize Criminal Code seems unnecessary and even harsh, and I certainly do not advocate putting homosexuals in jail. However, the government of Belize believes that laws criminalizing unnatural acts function as effective “gatekeepers” by keeping at bay measures such as gay marriage, gay adoption, etc.

Given the trajectory of how things have gone in Britain after the laws prohibiting sodomy were removed from the statute books, it’s hard not to have some sympathy with this position. The collateral effects of the gay rights agenda, in terms of the erosion of liberty and the public threats, were only possible once homosexuality became legalized in Britain. The rulers in Belize are not stupid and are aware of this dangerous trajectory.

According to this blog, Belize’s main churches have formally joined the court case, opposing decriminalisation. Bishop Phillip Wright, head of the Anglican community in Belize, said he did not see homosexual behaviour “as consistent with the witness of scripture”. However he deplored intimidation.

In an interview with Channel 5, a local Catholic priest, Ian Taylor, took a different approach, declaring:

Globally it has been determined by states that violence against homosexuals is highest within the homosexual communities itself. First of all the victim syndrome that they tend to portray is actually within the community itself – they are aggressive against each other, and less from those who are considered heterosexual.

The courtroom battle over Belize’s anti-gay laws is a significant milestone in a global campaign to decriminalise homosexuality.

Belize’s churches have been at the forefront of those condemning the legal challenge. The most outspoken opponent is Pastor Scott Stirm, a Texas evangelical missionary who runs Belize Action; he has praised the existing legislation as “a good law that protects human dignity” on the grounds that it is often used in sex abuse cases.

Section 53 declares that “every person who has carnal intercourse against the order of nature with any person or animal shall be liable to imprisonment for 10 years”. Like so many laws around the world criminalising homosexuality, Section 53 is a legacy of imperial rule from London. Buggery with consent and bestiality were deemed merely to be “public nuisances” when the criminal code of Belize came into force in 1888. The offence was re-categorised as an “unnatural crime” during the second world war.

The case, in Belize’s supreme court, is also supported by the UK-based Human Dignity Trust, which has recruited Goldsmith to help present the claim. He argues that section 53 is inconsistent with the country’s constitution and in breach of international standards. The trust is supporting legal actions around the world to remove laws that criminalise gay relationships. Cases have also begun in Jamaica and northern Cyprus, both formerly British colonies.

The loudest homophobes are the evangelicals. People have called me the antichrist for taking this case. Extreme homophobes I can tolerate but people I have known for years, who I did not think would take such a position, that’s hurtful. 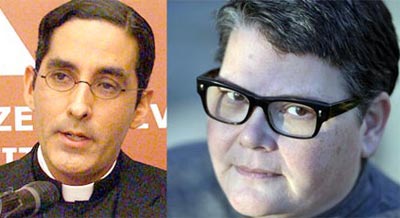 Blaming the victim: It’s what Catholics do

Read More
Blaming the victim: It’s what Catholics do 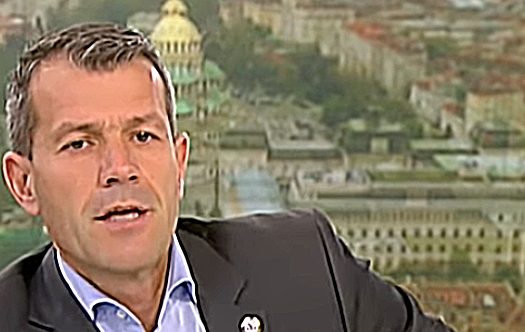 Fascist with his eye on Bulgaria’s presidency attacked a gay centre u...