A Roman Catholic archdiocese severed ties with the Jesuit school after administrators refused to fire a gay teacher for getting married.

The Archdiocese of Indianapolis will no longer formally recognise Brebeuf Jesuit Preparatory School as a Catholic school, according to a statement from the archdiocese obtained by HuffPost.

The school’s head is Greg Vanslambrook. Image via YouTube

The archdiocese said that it recognises all Catholic school teachers, guidance counselors and administrators as ministers. As a result, these employees have a responsibility to:

Convey and be supportive of all teachings of the Catholic Church.

Since the church shuns same-sex marriage, the gay teacher’s marriage resulted in the archdiocese’s interference. In a statement, the diocese said:

Regrettably, Brebeuf Jesuit Preparatory School has freely chosen not to enter into such agreements that protect the important ministry of communicating the fullness of Catholic teaching to students. Therefore, Brebeuf … will no longer be recognized as a Catholic institution by the Archdiocese of Indianapolis.

This means that the school “can no longer use the name Catholic,” according to the statement. It also won’t be included in the archdiocese’s Catholic school directory.

The breakup comes after a “sincere and significant” disagreement between the archdiocese and the Jesuit religious order’s Midwest province over the church’s attempt to get involved in an employment matter. The school “respectfully declined” the archdiocese’s order to dismiss a “highly capable and qualified teacher” because of that teacher’s same-sex marriage, Brebeuf Jesuit said in a statement to its community on Thursday.

To our knowledge, the Archdiocese of Indianapolis’ direct insertion into an employment matter of a school governed by a religious order is unprecedented; this is a unique action among the more than 80 Jesuit secondary/pre-secondary schools which operate in dioceses throughout North America.

Religious orders exist in something of a gray area within the structure of America’s Catholic hierarchy. On one hand, they are under the governance of national and worldwide organizational heads – in this case, the Society of Jesus, or the Jesuits, who are known for educating generations of students. On the other hand, religious orders need to have permission from local bishops to operate in a specific diocese.

In this case, the school decided to follow its own conscience on the matter. The school said the archdiocese’s mandate would “harm” its “highly capable and qualified teachers and staff.”

After long and prayerful consideration, we determined that following the Archdiocese’s directive would not only violate our informed conscience on this particular matter, but also set a concerning precedent for future interference in the school’s operations and other governance matters that Brebeuf Jesuit leadership has historically had the sole right and privilege to address and decide.

The Rev. James Martin, a Jesuit priest and author of a book about the relationship between the Catholic Church and the LGBTQ community, cited the archdiocese’s hypocrisy on Thursday in wanting a gay employee fired but not acknowledging other aspects of life that aren’t supportive of Catholic Church teaching.

LGBT people are the only ones being targeted in this way. They are the only ones whose sexual lives are investigated in this way. … This is ‘unjust discrimination,’ as mentioned in the Catechism. And it must cease. Brebeuf’s willingness to stand with its LGBT employees, and its unwillingness to participate in the targeting of LGBT people is a necessary and courageous stance.

Pope Francis is a Jesuit, the first to be elected pontiff of the Roman Catholic Church.

The school is trying to figure out how to appeal the archdiocese’s directive but insisted that Brebeuf will remain a Catholic school despite not being recognised as one. The archdiocese will still allow Jesuit priests to serve at the school and celebrate the sacraments, according to administrators. 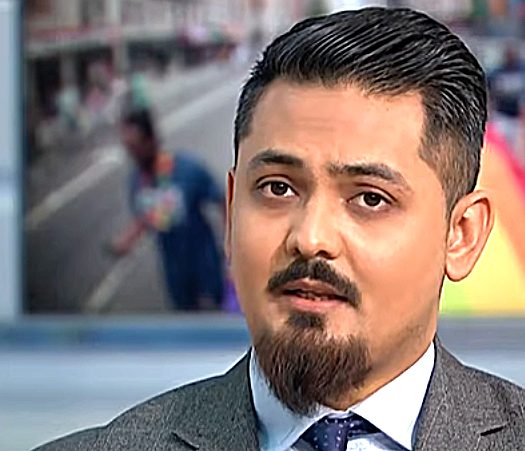