BILL JAMESON reports on an episode of Radio 4’s Unforgettable.

In a new five-part series launched this August, BBC’s Radio 4 broadcast imaginary conversations between the living and the dead. The series was called Unforgettable and the second episode featured a conversation between the late Mary Whitehouse, self-appointed nanny to the nation, and filmmaker Tony Garnett, above, a man whose work angered her for its sexual and political content.

Whitehouse, who died in 2001 aged 91, was particularly incensed by two of Garnett’s films, Cathy Come Home, a 1966 BBC TV play, and Up the Junction, a 1968 movie which dealt with backstreet abortion.

When Whitehouse insists that she acted to promote Christian values, Garnett says: “Christian values are not what most people want to embrace. What you call morality I would repressive purity.”

Garnett, who says “I am not a Christian”, goes on to tell Whitehouse: “You were a total failure in your campaigns about sexual morality … almost everything you dreaded has happened, and I applaud this.

“But on a political level you won beyond your wildest dreams. The changes to the market economy, the cruelty against the poor, the elevation of the rich, the political system you espoused through Moral Re-Armament has triumphed.”

Not mentioned in the programme was the fact that Whitehouse, much to her horror, was directly responsible for the establishment of the Gay and Lesbian Humanist Association. You can listen to the Radio 4 conversation here. 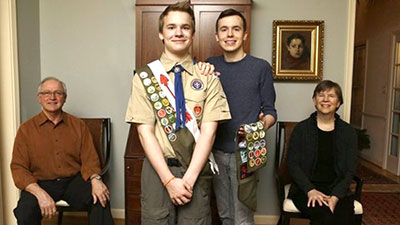 Bigots get the brush-off in a landmark Boy Scouts vote 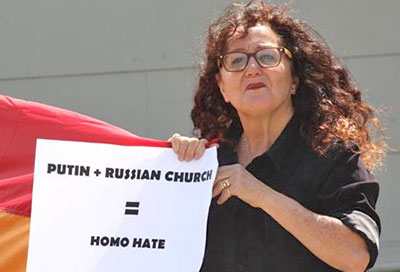