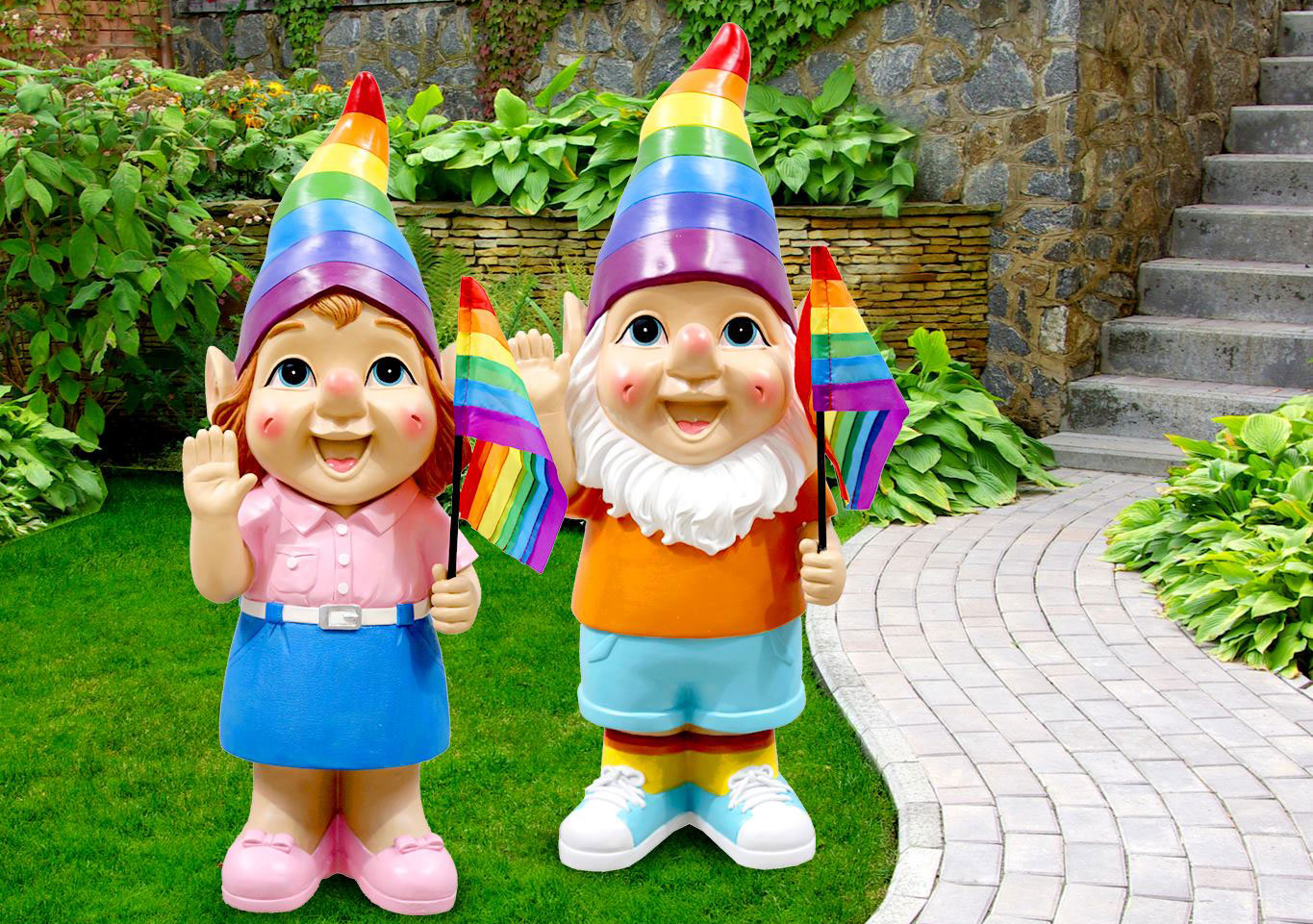 'Gnomosexuals' were the centre of a row in Plymouth

POLICE in the UK city of Plymouth had to remove a man from a local branch of Asda after he kicked off over a display of ‘gay’ garden gnomes.

Four officers attended the Estover branch at around 4.25pm on Saturday following reports of an abusive male shouting at staff. The garden ornaments had been painted in the colours of the rainbow flag, and the man said this offended him.

We’re proud to be supporting Pride events across the country this summer – and to celebrate we’ve created these special rainbow gnomes. 🏳️‍🌈 They’re £20 each and available in selected stores now. See where they’re available here: http://bit.ly/2tALP7d.

Please STOP. These are horrifying! I saw them in a store, there was a whole family of them, and they’re nightmare material. Gnomes should be #1 on the list of nightmarish things to put around your house to scare away children, neighbours and good taste.

Mysteriously, the link provided by Asda is now dead.

A man was causing a disturbance over a gnome, sort of gay pride flag colours, which I’m all for. The guy started saying random things like it’s a gnome, it’s offended him as they don’t have a sexuality. I’m assuming the guy was offended as they look like they have a gender, that’s the bit I caught of the situation.

A spokesperson for Devon and Cornwall Police said the man was “abusive and loud” and “was advised to leave the store by officers at the scene”.

Asda sells a range of Pride products and in 2017 launched a multi-coloured gnome in support of pride events across the country.

A spokeswoman for the chain confirmed that a member of staff called the police after a man was “highly aggressive” in the store. She added:

We don’t accept threatening or abusive behaviour towards colleagues or customers.