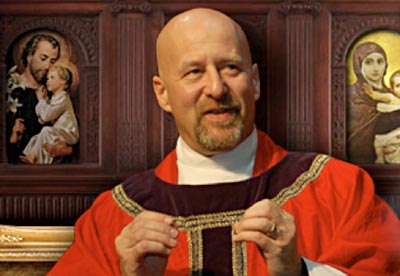 RESPONDING to the news that the UK Parliament took the first legal steps this month to sanction same sex marriage, a barking mad Catholic priest from South Carolina, Dwight Longenecker, labelled politicians who voted for the move as “breathtakingly arrogant and ignorant”, then he displayed breathtaking ignorance with this statement:

RESPONDING to the news that the UK Parliament took the first legal steps this month to sanction same sex marriage, a barking mad Catholic priest from South Carolina, Dwight Longenecker, labelled politicians who voted for the move as “breathtakingly arrogant and ignorant”, then he displayed breathtaking ignorance with this statement:

Think about it for a moment. Nowhere, not in any time or any place, not in any culture or civilization from the most primitive jungle dwelling tribe to the most sophisticated society has marriage between two people of the same gender ever been contemplated. Some societies have accepted homosexuality or been lenient toward such practices, but no one has ever suggested that marriage could ever be between two men or between two women.

This is unadulterated crap, and I said so on the Facebook comments section of Longenecker blog, posting this excerpt from Wikipedia:

While it is a relatively new practice that same-sex couples are being granted the same form of legal marital recognition as commonly used by mixed-sexed couples, there is a long history of recorded same-sex unions around the world. Various types of same-sex unions have existed, ranging from informal, unsanctioned relationships to highly ritualized unions. A same-sex union was known in Ancient Greece and Rome in some regions of China, such as Fujian province, and at certain times in ancient European history. These same-sex unions continued until Christianity became the official religion of the Roman Empire.

So Christianity fucked everything up. I suggest anyone reading this should go to his blog and tell him what an utter arsehole he really is.

A law in the Theodosian Code (C. Th. 9.7.3) was issued in 342 AD by the Christian emperors Constantius II and Constans, which prohibited same-sex marriage in ancient Rome and ordered that those who were so married were to be executed.

Longenecker accused the MPs of “voting to destory marriage”, saying:

Already ‘marriage’ in our society is practically meaningless. Easy no fault divorce and multiple marriages, weddings that take place most anywhere with people writing their own ‘vows’ with their own ‘ministers’. The whole thing is a charade – a grotesque and hideous mockery of marriage, and the result will be that marriage will be meaningless. Weddings will be nothing but a sentimental display of self indulgence and the marriage itself will be a sham.

Same sex marriage actually destroys marriage, for in re-defining what marriage is, it is no longer marriage. It is something else. Furthermore, the erosion of marriage into meaningless sentimental clap trap or some sort of politically correct statement is not only the fault of the gay militants.

It is time now for the Catholic Church to withdraw completely from the civil side of marriage. A man and woman who wish to be married should go to the civil authority to sign necessary papers, then if they want to have a sacramental marriage let them come to the priest.

Most of the Protestant churches have caved on divorce and re-marriage long ago. They will also cave on homosexual marriage. Within a very short time now, the Catholic Church will be the only place to receive a truly Christian wedding.

When the time comes to stand up for marriage as God intended, what I dread is not so much the attacks from those outside the church, but the attacks from those within. Already there are numerous voices among the Catholic clergy who are quietly in favor of homosexual ‘marriage’–and they will turn their ruthless guns of kindness on all who stand firm.

I can hear them now with their weasly words and their sickly self righteous smiles of artificial kindness, ‘We really must offer a warm welcome to all of God’s children and grant them the love and acceptance of the sacrament…

It makes me want to puke. 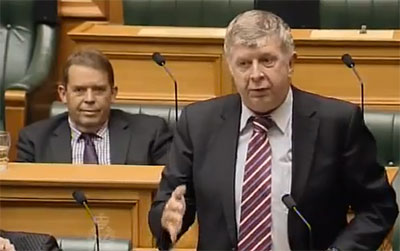 New Zealand votes for gay marriage … amidst merriment and song