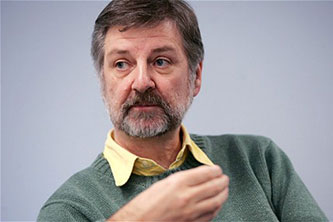 STUART HARTILL reviews TERRY SANDERSON’S The Adventures of a Happy Homosexual: Memoirs of an Unlikely activist

TERRY Sanderson, right, was born into a close, loving Rotherham mining family just as the Welfare State was being established. He is known throughout the British gay and secular

communities, amongst many other things as a CHE campaigner since the early days, writer of the “Mediawatch” column in Gay Times since 1982 and as President of the National Secular Society since 2006. This, his autobiography, is a fascinating insight into over four decades of crucial campaigns and cultural change.

It is hardly his first foray into print. As publisher of The Other Way Press he has produced advice books on gay relationships, building self-esteem and helping parents to support a gay child, and elsewhere has documented coverage of male and female homosexuality in the British media. This time it’s personal though, but even so he covers a lot of ground.

For reasons that become clear later, the early chapters dwell at length on Sanderson’s humble Yorkshire roots. Like nutty slack, this means it takes a while for the tale to catch fire, but it is worth persevering.

The added difficulty is that the Yorkshire “script” has already been copyrighted by J B Priestley, Keith Waterhouse and Michael Parkinson, and then parodied mercilessly by Michael Palin, so that it’s impossible to read any variant on “Ee, but we had it hard” without thinking of the Four Yorkshiremen sketch. This is a shame, because if you can get past Terry’s joyous description of childhood dressing up in jumble sale frocks and hats to “rehearse for a panto” without hearing Julie Walters crying “Dance, Terry, dance” off-screen, or teen Terry madly channelling Noël Coward and Marlene Dietrich in a coal-mining town, there is – seriously – something there that needs to be shared with every frightened little small-town gay kid.

Some might also question the extended section on Rotherham campaigns that follows and the – by comparison – briefer coverage of events once he ups sticks for London, but not I. In fact, I found the long (and frequently hilarious) tussles between Our Hero and a really, really Old School Labour council over weighty issues like Rotherham CHE trying to hire the Assembly Rooms for a gay disco, or getting a copy of Gay News into Rotherham Library, the most inspiring part of the book.

One reason is that, just as Sanderson’s introductory chapters enable him to later take down the myth of working class homophobia, his life story doesn’t follow a clichéd gay script either. This would be the one where Gay Boy escapes small-town prejudice, discovers SoHo/Greenwich Village/Castro District, in the process escaping a place where people “know” him all too well and finding/re-inventing his “true” self in a safer place where they don’t. It might well be a true story for many, but I’m always left asking the question “What about the ones who didn’t (or couldn’t) run, does it ever work out all right for them?” Seems to me that until it does, and you can be Carmen Miranda without hassle in, say, Scunthorpe then nobody really wins. So in Sanderson’s case it matters that he plods away at prejudice in his birthplace, and builds a life there. The move to London comes much later, via the happy accident of a new relationship with a Londoner and not by design.

But we do need to know about the great campaigns, who fought them, and why and how they had to be fought, and Terry’s book is good on that too. Good, particularly, at stressing that those who fought them are never the ideal people, never armed with the best tools – and that they are never fought in the ideal place or time either, to be honest.

When Terry portrays himself as an “unlikely activist” this is not cloying false modesty, just the way things are. Stuff happens, and in response you make it up as you go along.
The final section covers his move to London and bigger things, which came later in life than I had imagined as, until reading this book, I only really knew Terry from his NSS work and had him pegged as a “London” activist. He explains how he came to work on Woman’s Own as an agony aunt, how this, in turn, led to an unlikely commission from an offshoot of the Society for Promoting Christian Knowledge to write a book on “coping with homosexuality” and, when the resultant text frightened too many horses for SPCK to publish, he discovered self-publishing and set up The Other Way Press.

His “Mediawatch” documenting of tabloid attitudes to gays during the 1980s is also briefly covered, but there is less than I would have expected on the grimmest years of the AIDS crisis. In fairness though, having already produced a book based on “Mediawatch” and reasoning that many good ones have been written on AIDS, perhaps he felt there was little new he could add from personal experience.

I am also surprised there wasn’t more on his work at the NSS, the abolition of the blasphemy law, battles up to European court level over Christians determined to retain the privileges of manifesting prejudice in the workplace etc.

Given how recently some of the new UK challenges have arisen (and are increasingly used as ammunition by other faiths), the more discussion and analysis the better, I would have thought, but maybe that’s another project for another audience. As for who this book is for . . . Possibly the primary audience is gays who want a personal account of UK gay struggles in the mid to late 20th century, especially younger ones who are hardly aware how much had to be done. A secondary is a more general audience who have lived through the same times and seen or been involved in other social change, but never experienced it from the gay perspective.

While one book can never be all things to all people, this one has a good go at covering material of particular interest to gay readers while trying to be accessible to anyone else. I would happily lend it to any churchgoing granny – once I could get them past the Day-Glo magenta cover with rainbow motif to see the interesting human story within. 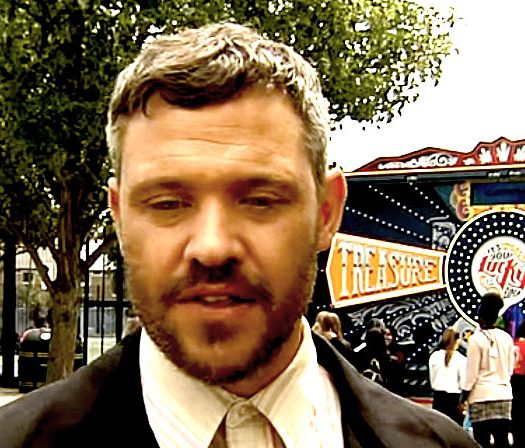